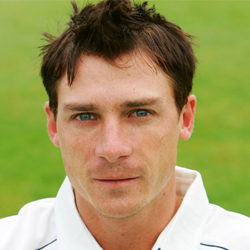 
Dale Willem Steyn (born 27-Jun-1983; Phalaborwa) is a right-handed batsman and right-arm fast bowler, who plays international cricket for South Africa. He made his international debut in Test match against England at Port Elizabeth on Dec. 17, 2014.

Steyn returns to the top of Test rankings